My brain is still basking in the afterglow of so many great conversations and connections from ISTE13 in San Antonio. I love that we can continue them via blogs, Twitter, and other social media. The post I’m writing today is one that I’ve tried to finish for more than 6 months. 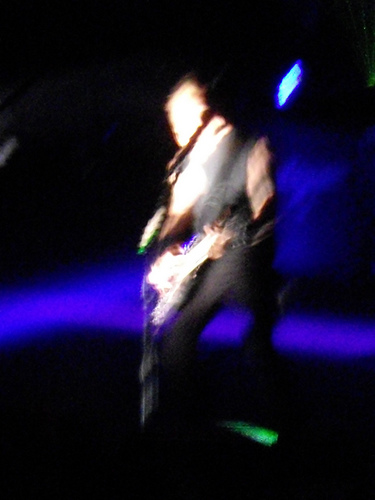 When I first started meeting face-to-face those people that I had admired, respected, and learned from in virtual spaces, I will admit that I was a little in awe.  After meeting more and more really incredible educators, I realized that I was putting them up on pedestals… but they had never asked me to do that. It was awkward for them. I may have called some of them “rocks stars” at some point even.

That term has been bandied about quite often in our education circles lately – in blogs and comments, as well as on Twitter. Do we really want to identify some people as “edu-rock-stars?” I’m not certain I want to associate with anyone who considers him/herself as a rock star.

If you think about the term “rock star,” these are things that come to mind (or through a quick search):

I know those are extreme examples, but do we really want any of those types of behaviors, even in the smallest degree, from people who are supposed to have the best interests of children in mind?

Here’s the thing: great people share their stories and learn WITH others who are also sharing their stories. They do not expect adoration, special treatment, or even celebrity status. That’s why they’re great educators… what they do comes from their hearts, not their egos.

So please pardon me when I take offense to hearing someone referring to a person in their educational network as a rock star. I know it’s meant as a compliment, but is it really?

Here’s how it has played out, most recently at ISTE13. These are statements that I overheard more than once throughout the conference:

I know it’s human nature to want to rank and sort ourselves… sadly. I think, however, that most people are uncomfortable being given rock star status. Why can’t we walk up to a person and tell her that she is someone we admire, or that we really enjoyed his session or blog post?  That starts a conversation. Learning from each other should be about the conversations we can have, not about stroking egos.

On the other hand, if someone you interact with actually welcomes rock star status, he/she probably isn’t worth your time. Learning isn’t going to be a two-way street with rock stars.

If you can answer yes to any of those questions, then you are worth someone’s time. I want to meet YOU, not a rock star.

32 thoughts on “No More Rock Stars”