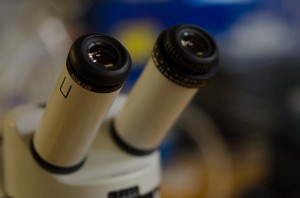 I read this article today on CNN’s Schools of Thought Blog: “Want more kids to take calculus? Convince mom first,” by Jamie Gumbrecht. In the post, there is research stating that involving parents in talking points about math and science electives will be more likely to influence kids to choose those classes:

“These are the critical years in which mathematics and science courses are elective, and our results indicate that parents can become more influential in their children’s academic choices if given the proper support,” the study says.

How simple was that support? Just a couple of brochures, a web site and a little guidance about how to use the information.

My initial reaction after reading was one of wanting to push back.

First, as some of you know, I tire of the constant push for more STEM, more STEM, more STEM. Please don’t misunderstand. I love math and science! When I had the options in school to select electives, I chose calculus and advanced science classes. As a teacher, I get all geeked out with my students when we stumble upon interesting activities that involve math and/or science (read “geeked out” as getting extremely excited about all the amazing learning possibilities). [photo credit: Science Lab by neptunecanada]

BUT… shouldn’t we be concerned about pushing certain content areas at the expense of others? What about the kids who really don’t have an interest in pursuing careers in math, science, engineering, etc? I believe in exposing kids to many areas so they can discover what they don’t know they don’t know, as well as to start to put the pieces together to understand the world around them.

And how about the misguided information from those who form education policy stating that we don’t have enough scientists or engineers? Read:

Do We Really Have A Scientist Shortage?

US Pushes for more scientists, but the jobs aren’t there

(There are many more… I’d be glad to link them here if you add them to the comments section.)

We know that what is valued eventually becomes policy. And in current US education, that also means what is assessed. Again, placing too much emphasis upon certain content areas does so at the expense of other areas… and at the expense of kids.

My oldest daughter graduated high school in 2007. She liked science, and declared biology as her major at university. After almost two years of that, she called me and was rather upset. She felt she needed to change her major to English. After a long discussion reassuring her 1) that changing her major was not a horrible thing and 2) that she should do what she loves, she promptly changed her major. She adores writing and editing and is now an assistant editor for a local publication company. After the fact, I asked her why she was so upset about changing her major. She said she felt pressured to go into something “more academic,” and she was worried about availability of jobs for a BA in English. Science and math classes were heavily encouraged in her high school.

Now to argue with myself – sometimes “marketing” helps kids to see themselves in a future they didn’t realize was possible. This could be due to stereotypes based in race, gender, status. My favorite way to ‘combat’ the stereotypes is to share examples with my students of strong role models who cross those lines. Is that enough, though?

Marketing can go horribly wrong, though, as evidenced here: How not to market science to girls

(That’s fodder for another blog post.) Moving right along…

Another question I  am still wondering and have blogged about before: why do we continue to teach content areas only in isolation? I agree that there are concepts that probably should be taught separately to avoid confusion and to allow deeper exploration. However, if we want kids to be able to think about what they want to learn and how they will apply that to a career or lifestyle, they must see how those concepts apply in their world. Content areas must overlap, because that’s what they do in everyday life.

In other words, in order to specialize later, they must see how everything fits together at an early age. We are  not doing this in most schools.

So again… having mom and dad sit you down with a glossy brochure (as noted in the calculus/science article I mentioned at the beginning of the post) essentially marketing math and science classes… is that really where we want to take our kids? Aren’t they already get enough marketing thrown at them every single day?

I’m not sure exactly how to feel about this. I do know I sat with my own kids when they were filling out their choices or class schedules. We talked a lot about options and how those choices could possibly shape where they wanted to go in their learning adventures.