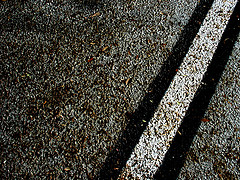 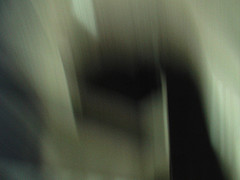 And then there are others who prefer blurry lines.

I think that learning is a blurry line. Definitely grey (hey! Brains are grey matter, right?). Things we learn often cross and overlap.

It’s difficult to measure things that are blurry, grey, and overlapping.

Most schools tend to live in that “well-defined lines” area.

Math is done in math class. Science is done in science class. Writing is done in writing class. You get the picture: nice, neat boxed-in rooms with corners.

Learning is measured with black and white numbers.

Personally, I like those grey areas. I like living in the middle. There’s nothing -EST about the middle.

The middle is neither the oldest, nor the youngest.

The middle is neither the highest, nor the lowest.

The middle can be extremely uncomfortable sometimes, because it refuses to be clearly defined.

The middle of the journey isn’t the starting point, and it’s not the ending point.

It’s the beauty of the middle that stimulates learning. So many paths to take. So many beautiful things to experience along the way.

It’s the misfortune of the middle that it doesn’t always lend itself to measurement. To black and white numbers. To nice, neat boxes and well-defined lines.

How do you share the joys of the middle with those who attempt to measure it… and who are subsequently disappointed with the metrics?