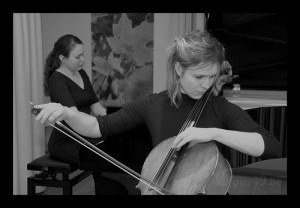 As I sit back and read news about more and more schools considering cutting arts programs from schools while standardized testing gains in popularity and emphasis, I’m reminded of some scenes from the movie, Mr. Holland’s Opus. As a music teacher, everyone expected me to love this movie. To be honest, I thought it was good, but it wasn’t going to be the film I counted on to inspire me daily as a music educator. At the time of its release (1995), music education programs were getting “the axe” in a lot of states. This movie was supposed to help us advocate for our programs, but at the time, I didn’t really see the connections to my own school and program. Looking back… I don’t really know why, so I’ll blame it on the fact that I was young and just trying to survive in my first few years as a teacher.

One particular quote from that movie stuck with me through the years, though. As I now read through some of the arguments for testing, testing, and more testing, I’m really nervous again for arts education. Over and over again, I hear about how important it is for our students to excel in reading, math, and science. That usually means bad news for arts education in public schools. A friend of mine (not an educator) usually teases me when I start to rant about the necessity for arts education in the schools: “Oh, you’re just afraid you’ll be out of a job.” I can’t stress enough that I’m not nervous about my job. I’ve worked in other fields before and could easily go back. This is not about me. This is about our kids. This is about how important arts education is to these children as human beings.

And that’s when I return to the quote from the movie.

Gene Wolters, a school administrator played by William H. Macy, has informed Glenn Holland (Richard Dreyfus) that his program, as well as other arts education programs, has been cut. He won’t have a job the following year. When Holland argues that Wolters doesn’t care about the kids, Wolters replies:

“I care about these kids just as much as you do. And if I’m forced to choose between Mozart and reading and writing and long division, I choose long division.”

“Well, I guess you can cut the arts as much as you want, Gene. Sooner or later, these kids aren’t going to have anything to read or write about.” [my emphasis]

The term, opus, is defined as a work or composition. Its Latin origins also refer to a great labor. I sometimes use the definition of a “labor of love.” For Glenn Holland’s character, it was the legacy he left to his students through music.

What will your opus be?

Or better yet… will each of your students have the ability to create their own opus? How will you know? I’m pretty certain you won’t find that task on any standardized test.

3 thoughts on “The Art of the Opus”