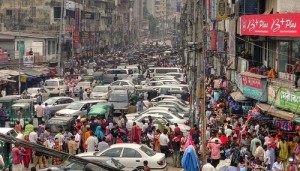 5 thoughts on “The Answer to Parallel Parking is C”